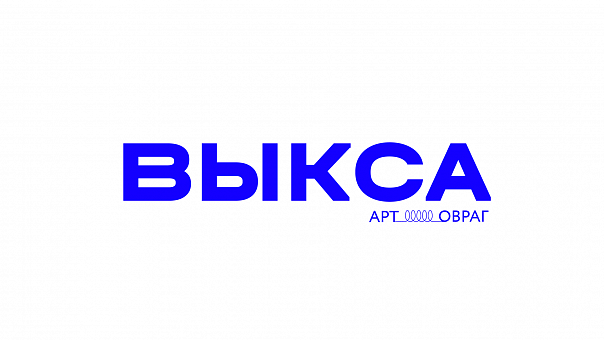 Between July and September 2021, the Vyksa Art-Ovrag festival will bring together in Vyksa brilliant contemporary culture personalities that will be creating their art in collaboration with the town’s residents. The festival events organized by the OMK-Uchastiye Charity Foundation and the United Metallurgical Company will be taking place over three weekends: July 9-11, August 27-29, and September 24-26.

The 2021 Vyksa Festival is being created by contemporary culture personalities in conjunction with residents and for their benefit. Most of the festival’s projects are based on local context and help residents develop drive, try themselves in a new professional capacity, expand their cultural knowledge and horizons. The festival promotes urban infrastructure and comfortable environment development. In 2021, the Vyksa Festival will give rise to new sights and partnerships that will lay the foundation for the town's development into new areas and become an example to be replicated in other regions throughout the country.

“Not only are we looking to appeal to a larger audience and to release news about a town where new culture is being made but also to give the residents a gift of greater opportunity for collaboration with respect to the festival. We want to inspire and to be inspired together”, says OMK-Uchastiye Charity Supervisory Board Chair Irina Sedykh.

The festival team’s idea is to make the events of the 2021 festival an integral part of town life. Grandees and new arrivals, the avant-garde and world-class celebrities, theorists and practitioners, this year, Vyksa residents will be able to dabble in art themselves and co-author projects together with a very diverse group of artists. One of the world’s leading architects Charles Renfro and Russia’s most famous photographic chronicler of ordinary life Dmitri Markov, doyen of contemporary academic music Vladimir Martynov, and “possibly one of the best Russian authors living” Ludmilla Petrushevskaya (according to the New York Times), Vyksa native and Distinguished Actor of the Russian Federation Irina Pegova and contemporary singer and poet from Naberezhniye Chelny Aygel Gayssina (AIGEL electronic duo), here are just a few of the names of the people involved in the Vyksa Festival.

“The events of a festival become needed and sought after in a town when backed by the town's residents themselves”, commented new festival director and artist Fedor Pavlov-Andreyevich. Of course, it is great when stars tour a small town but we decided not to go the way of the tour in this festival of ours. This does not mean that no stars will visit Vyksa going forward but they will have to become “fully colonized in Vyksa” taking at least 2 weeks “to become one with the town”.

The town will inaugurate a new place of interest at the time of the festival. American Charles Renfro, one of the world’s most renowned architects, the author of Moscow’s Zariadye Park, New York’s HighLine Park and the new Whitney Museum building will unveil a project called “An Empty Pedestal” in the town’s Red Square. This will serve as a base to display works by the world’s best artists created in collaboration with the town’s residents. After a showing on the pedestal, these art objects will be moved to the Vyksa Park of Sculptures to open in the town’s central forested area.

Ludmilla Petrushevskaya will spend a month in Vyksa presenting a series of interactive events with the town's residents. Together with the festival director, town residents and guests will be able to go on a tour (Nooks and Crannies Project) to hear legends unfamiliar even to most residents directly from the town’s residents themselves. Young director Andrey Manik will invite spectators to a gastro theater called “At Home”: Vyksa residents at table will share their unusual stories. The Upsala Circus from St. Petersburg will stage a performance featuring Vyksa residents who are not professional performers. The newly reconstituted Big Vyksa Choir will sing a motet written specifically for the festival by outstanding Soviet and Russian composer Vladimir Martynov. The AIGEL hip-hop duo (Aygel Gayssina from Naberezhniye Chelny and Ilya Baramiya from St. Petersburg) as well as the Zventa Sventana stars of the electronic folk scene (Tina Kuznetsova from Kazan and Yuri Usachev from Moscow) will go on an ethnographic expedition of the neighboring villages and settlements. This will produce a joint track to be performed by the musicians in the town square on one of the festival weekends.

The Vyksa Festival is also launching an SSF (school of street photography) with a series of residencies and courses from the best photographers. One of the first festival weekends will host one of Russia’s most popular photographers Dmitri Markov who will hold a master class.

The Vyksa Festival will also introduce people who like sports to the parkrun international movement that holds weekly 5-km runs in city parks around the world. Vyksa runners will become members of a global community while for thousands of participants from other nations, this will put Vyksa on the map, and they will be able to visit the Nizhniy Novgorod Region at some point of time in the future to add it to their collection of tracks.

The festival will follow all the medical requirements making pre-registration mandatory for some events.

Vyksa Art-Ovrag. The contemporary culture festival has been an annual event in Vyksa since 2011. The festival is co-sponsored by the OMK-Uchastiye Foundation and the United Metallurgical Company (AO OMK). The 2021 festival town concept includes three weekends that culminate in events in July, August, and September. The Vyksa Festival being created by and for the residents together with outstanding cultural personalities from around the world is based on multicultural values. It helps build new urban communities and a comfortable environment and support existing town initiatives.