OMK Rewards 2020 Employees of the Year 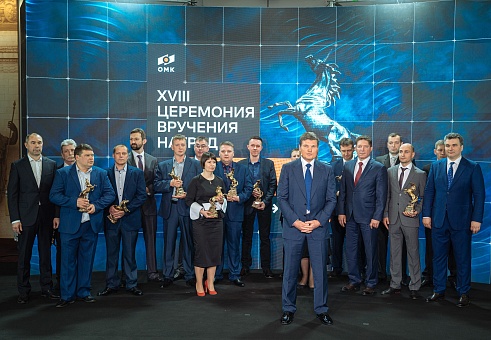 The United Metallurgical Company recognized 2020 employees of the year at the 17-th Ivan and Andrey Batashev awards.

The event entitled “Development is a two-way street” was held on April 22. The webcast was broadcast from Vyksa, Nizhniy Novgorod Region, which is home to OMK’s Vyksa facility founded by the Batashev brothers. For the fifth time, the ceremony was hosted by Russian actor and TV host Maxim Galkin. The nominations and winners were presented by the best professionals from different areas: researchers, politicians, cosmonauts, sports stars, and people of the arts that have been friends and partners with OMK for a long time. The event’s online format assured that a wide audience was reached and brought together a large number of OMK employees and their family members. The live webcast was attended by over 4,700 people from 29 regions of the country.

Based on 2020 results, 246 OMK employees, including the best engineers, workers, forepersons, and managers, were named finalists of the Batashev awards. A panel of expert judges, including members of the Board of Directors and facility managers, presented awards in the form of golden unicorns to winners in 13 categories. Most of these go to the trades which is one of the components of the Company’s drive to increase worker importance and prestige. A Special Merit award went to an OMK volunteer from Almetyevsk (Republic of Tatarstan). This was a way for the Company to recognize the contribution of thousands of OMK volunteers that helped people in need throughout the difficulty in 2020.

“OMK is a team of like-minded people facing large-scale objectives. These are only attainable if we improve communication within the team and help each other develop. That is why OMK's motto for this year’s awards is “Development is a two-way street”. Today, we must thank the employees of those facilities that helped the new 246 stars shine. This is the foundation for future accomplishments”, said OMK Board Chair Anatoly Sedykh addressing the participants at the end of the award ceremony.

The high level of organization at the award ceremony for the best OMK employees helps incentivize the Company's employees properly for their accomplishments, improves motivation, and personnel engagement as well as corporate culture which helps the company develop and become better.

Batashev Brothers: Andrey (1724-1799) and Ivan (1732-1821) were major Russian steel manufacturers in the 18th century, founders and owners of a dozen plants, founders of Vyksa Steel Works (1757), and a number of other industrial facilities. They were famous for their cast iron and were purveyors of weapons for the Admiralty Collegium.