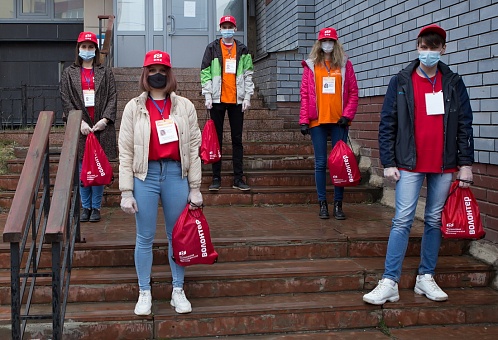 The United Metallurgical Company (AO OMK, Moscow) has been named finalist of the 2020 We Want Heroes national social responsibility project.

Short listed participants were identified based on a public vote. The vote involved some 16,000 people. OMK was recognized in the Hero Team category (best social program by a Russian industrial company) for its broad social volunteerism program. Project winners will be named by a panel of judges in February 2021.

OMK has been developing its corporate volunteer program in four areas since 2015: event volunteerism through participation in company-wide volunteer events together with the OMK-Uchastiye Foundation, blood drives, volunteer projects from the Young Metallurgist Councils at facilities, and informed volunteering (individual volunteer projects). OMK employees are able to implement social projects on their own by receiving company grants and engaging other volunteers in their projects as part of the OMK-Partnership Competition.

In 2019, company volunteers staged 130 events involving over 8,000 participants. OMK employees donated some 33,000 hours at volunteer events. In addition, they raised over 2,000,000 rubles. Over 200 people donated blood at OMK facilities for a total of 96 liters.

“Developing corporate volunteerism is part of our Company’s corporate social responsibility. Volunteer from among employees take on responsibilities and learn social design. They hone their professional skills and develop competencies in different areas, address urgent social issues in towns and townships, and help seniors, disabled and homeless people as well as many others. Aid from volunteers is very important during the pandemic”, noted AO OMK Corporate Social Responsibility Lead Olga Mironova.

The We Want Our Heroes project has been running for six years. It is an initiative designed to raise public awareness of the honest and selfless work performed by people in the trades, to promote socially significant acts and volunteerism as well as to create good examples of respect for the person, family, and the country as a whole.

The project has been running since 2015. During the elapsed time, over 100 heroes from 43 facilities have been given awards. Over 500 applications from 65 regions of the country have been received.